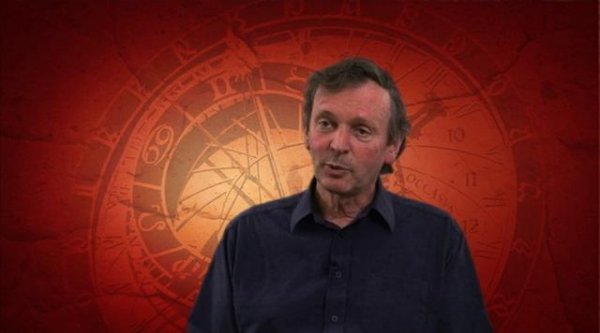 A brilliant discussion by a brilliant thinker on the true purpose of science as a method of inquiry versus scientism as a belief structure that science can explain everything effectively. This simple distinction makes tremendous difference! 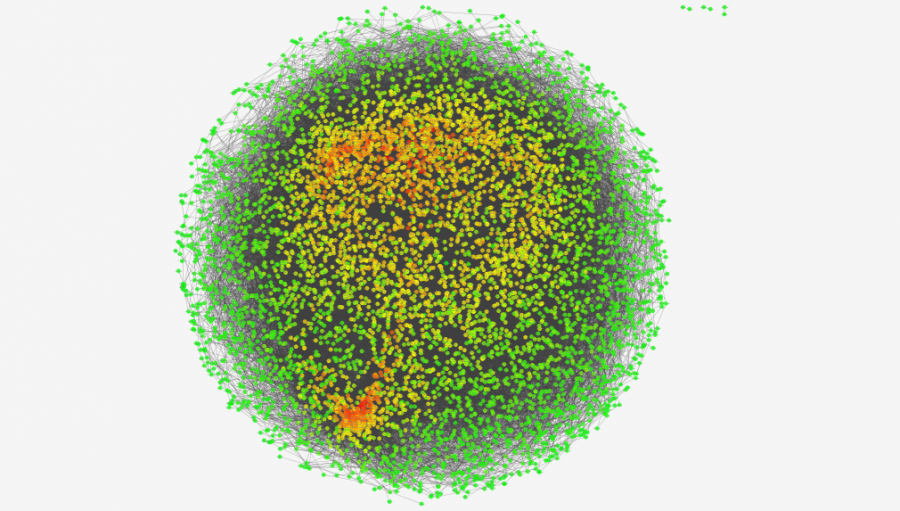 Interesting information from the journal Psychoneuroendocrinology regarding meditation and gene expression: 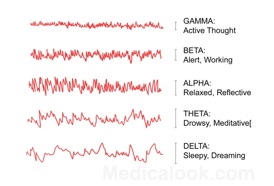 There are several generally recognized brainwave patterns within the brain which can be measured with EEG technologies. Each of these brainwaves correlates with different experiential realities. Most of us in the Western world experience only three levels of awareness: awake, asleep with dreaming, and asleep without dreaming. The normal sleep cycle includes Alpha, Theta, and Delta waves in special sequences throughout the night, in sequence with a dreaming pattern called REM [rapid eye movement]. We usually sleep through brainwave patterns other than active waking Beta brainwaves, and thus rarely experience some of the expanded awarenesses available to us as humans.

The names of the brainwaves relate to the electrical frequency generated by brain activity as measured by electrodes placed on the head. There is nothing better or worse about any particular pattern, but each has a distinct experiential quality which is useful for various life tasks.

The Beta brainwave state is involved with thinking, cognitive activity, work, driving and goal focused activity. It is necessary and useful to technological progress, and general daily functioning. If you think about your frantic daily schedule, work deadlines, or a shopping list, your brain is probably functioning in this range of electrical activity. Although an essential part of daily life, it’s contents would also include stress inducing material!

Alpha brainwaves begin in the eyes-closed state, and become more coherent across the brain hemispheres in meditative practice. The Alpha state typically increases a sense of relaxation, and in the sleep-deprived western world, many will fall into sleep states rapidly. If you’re “fading out” in a boring meeting, sitting back in a state of calm, or just starting to feel relaxed right before falling asleep, this is likely an Alpha state.

Theta brainwaves are slower than Alpha and in this brainwave pattern ecstatic states, dream like visions, out of body experiences, and a significant lessening of physical pain are common. Characteristic is a lack of awareness of the sensations of the physical body. Creative insights also occur in the mental space here, and amazing breakthrough discoveries begin here. Examples include Kekule’s insight about the structure of benzene, Einstein’s “thought experiment” about light, and Mendeleev’s vision of the periodic table of elements. More on creativity at another time. . . .

Delta brainwaves are expressed deep sleep, usually far outside of awareness. When conscious at this brainwave state, the experience is often of a pure empty void, described in several meditative traditions as an experience of the full infinity of nothingness that is at the same time full of possibility. Carl Jung made reference to this as the “Pleroma” of Gnostic traditions. Buddhist meditators simply refer to it as the void.

Meditation practice leads the meditator to remain consciously aware at these various brainwave states in a process unlike any other. Ken Wilber notes that as meditative practice progresses over time, one first experiences quiet relaxation [Alpha], then a reverie of creative imagery [Theta] followed by absolute silence and/or one-ness [Delta]. If you want to understand meditative experience in the context of brain physiology, this is an excellent place to start. Functional brain imaging is the next step at this level of understanding.

I’ll tell you about some of the amazing findings about a newly described brainwave pattern, called Gamma, in a later post. The findings about this make a substantial argument against biological reductionism in neuroscience, and thus, should not be underestimated.

Breath has been used as a metaphor for life and life energy since recorded history began. Terms such as “prana,” “chi,” “ki,” “spiritus,” “anima” all refer to a core of life energy relating to radiant health and balance. In most traditions, this concept is intimately tied to the physical act in inspiration and expiration. Note that even these physiological terms in English have deeper meanings. To inspire raises the concept of creative insight and to expire also means to pass from life. Many spiritual systems include detailed instructions on special breathing techniques as part of practice.

But rather than delving deeply into those, let’s get started with a very simple practice that can have profound effects in your perception of such a simple thing as breathing, something you do about 10 times each minute of life without even really being aware of it.

First, even though our life is full of challenging and contradictory needs, you must find a brief 15 to 20 minute block each day to devote to meditative practice, if you wish to see personal change. The most beneficial results of meditation psychologically and physically occur after regular practice of months to years. A simple state of relaxation occurs much more rapidly, but deeper change takes regular practice!

Warning: life will immediately conspire to interrupt your practice! Your intent will have to be fierce and unyielding. Phones off, pets in another room, children at school. . .

This simple meditation exercises uses the natural inflow and outflow of the breath: nothing else is needed beyond your time and focus.

Take a seat in a comfortable position so that you won’t need to shift your posture for a few minutes. The lotus position is fine, but certainly not necessary. You can accomplish the same by sitting in a chair with a reasonably vertical spine. Most important: be comfortable.

Close your eyes and just take a moment to allow the day’s worries and issues to pass from immediate awareness.

Then gently focus all of your attention onto your breath. No need to alter its rate or its depth, just internally observe.

After a few cycles, other thoughts or perceptions will likely start to intrude on your practice. Make no judgment on this. Gently refocus attention on the breath exercise each time you reach awareness that your focus has strayed.

The term ‘meditation’ is commonly used today amongst different peoples. The etymology of the word relates to the ideas of thinking or pondering. However, this is not an accurate description of the practice or purpose as the term is used today. Wikipedia defines the term as “a practice in which an individual trains the mind or induces a mode of consciousness.” The dictionary within “Bing” defines the term to mean an “emptying or concentration of the mind. . . in order to aid mental or spiritual development, contemplation, or relaxation.” Perhaps better, but this still fails to really describe the practice of the range of experience involved in the practice.

The only overarching description I can identify is that meditation involves a change in focus or awareness that typically stills the inner chatter of the mind. This may involve quiet concentrative techniques, observing the flow of mental contents, focusing on a particular action such as walking, or even using new technology to alter brainwaves through entrainment. Some form of changing the level of focus of consciousness has existed since the dawn of humanity. Flickering fires and evocative drumming are effective in changing to an altered state of awareness.

Later entries will describe a substantial number of practices for your consideration. Other entries will examine the physiological and brain changes that research has demonstrated with regular practice.

Start by taking about five minutes of quiet time where you won’t be disturbed. Make a modest effort to have a quiet mind. Be aware that in all likelihood this will be an impossible task. The moment that the TV is off, the phone silenced and the computer out of awareness, you will probably find an internal dialogue of chitter chatter that is highly resistant to inner mental silence. That is OK! Just observe this for a few minutes and ponder why you think it might be that this inner commentary is so powerful. No judgement here, just observe.

Some forms of meditation are designed to distract this inner noise by focus on some other internal or external stimuli, others are designed to grasp ever longer instants of true silence. A bit of freedom from this chatter is quite freeing, and worth a bit of effort to experience, and as an added benefit you can grasp a whole new vision of yourself. Almost every spiritual tradition in the world has some form of meditative practice, irrespective of the more dogmatic aspect of the literalist part of the religious base. This is truly a worldwide and cross-cultural experience.